If anyone is interested in reading the finished article about Mr. Witkin post an anonymous comment if you wish, and I will attach the paper to the next post.
Posted by Amanda Brunner at 11:23 AM No comments:

On July 18th 2010, a young Colorado Springs teen murdered a developmentally disabled man over an Xbox 360. On October 31st 2010, an enraged Georgia driver fatally shot a 17-year-old boy in the neck for egging his Mercedes. In 1977, Ford Motor Company released the Pinto, knowing that it had a design flaw that would cost human lives, but ultimately deciding that it would be cheaper to pay out litigation damages for wrongful death cases than redesign the car.

These are all examples of the lengths to which people will go, including causing the death of other human beings, in pursuit of material goods. History is also rife with examples of how humans have hurt others in pursuit of things like power, religion, and politics. At some point in our lives, we have all suffered. We have also all caused the suffering of others, either through our actions, or our inactions.

One of the four noble truths in the Buddhist Philosophy is that all life is suffering, and that human suffering is caused by people’s emotional attachment to things. Our attachment to these things will even eventually lead to our own suffering because we will always lose those things in the end, because nothing—not even life—is permanent.

The photographs in this body of work represent some of those things that do not last forever. They are items or ideas into which people place a lot of emotional stock, sometimes to the point that they are causing other humans to suffer in their pursuit of those things. By presenting this project, I invite you to examine your own life. What do you place your emotional energy into?

Process:
The images in this portfolio are pigment ink prints on 17x22” archival paper.

(click thumbnail for larger image)
Posted by Amanda Brunner at 1:14 PM No comments:

It feels like all of the "good" ideas have already been claimed. Can I still be original and create amazing, emotional, and evocative photography work?
Posted by Amanda Brunner at 5:16 AM No comments:

Post 12: To conclude or not to conclude: That is the question

Why hello there, my fellow blog reader!

Wow. It has been almost three months now since I have been on here actively participating and writing. I do not know what happened and I am not going to make any excuses as to why I have not been on here because it all reality, there isn’t one.

Advanced Writing: Arts and Letters Summer 2010 with Brandy Hoffmann came to a close and I miss her, I miss the class, and I miss writing. Before the class ended, I was required to write a final conclusion about this blog, about researching Witkin, etc, but I never did. I was not sure if I wanted this writing space to become a dead blog or not and I still do not know.

I do not know if I should continue this blog about Witkin—I still feel like there are missing pieces to the puzzle—pieces that I still need to find. Maybe there are no pieces left. Maybe he gave me all the pieces he is willing to give, and I just need to finish it on my own and in my own time.

He has not returned my email yet. It has been almost four months, and I am tired of waiting around. I have given up hope, but that is okay. Who knows, maybe a year from now he will check his email, find one written to him way back when, and answer back, or maybe he deleted it without second thought. I guess I am stuck.

While I was taking the writing course, I was also taking Photo III: Advanced Portfolio with Gloria Brush, and my portfolio of images related to the Cyanotype project—dark, disturbing, and it makes you think.

Since I do not know where this blog will go yet, I will post the images of my work on here from Photo III—images that I am proud of. I will even include an artist statement. 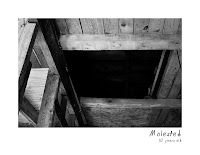 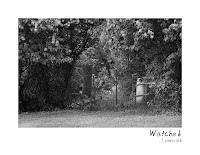 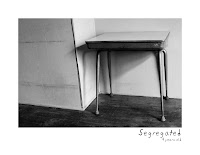 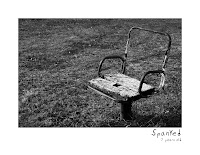 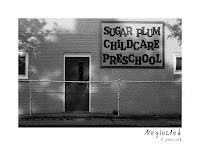 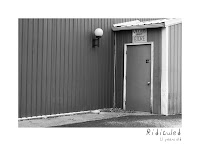 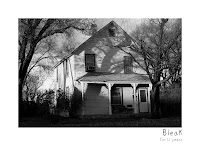 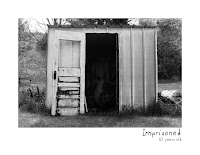 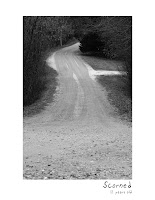 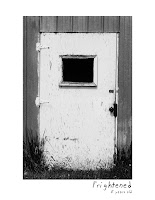 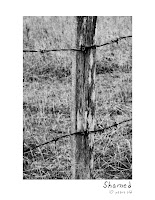 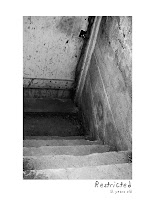 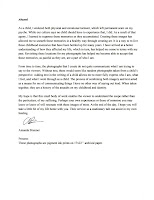 Witkin plays an important significance to the art world, especially to photographers. He has taken the time to inform the general public of his technique, and by understanding his photographic process, he is allowing you to take a-little-bit-of-this-and-a-little-bit-of-that to create your own unique process that is unlike any other.

The best art out there is art that makes you think outside the box, is emotional, and evocative. Witkin is an available source for any artist wishing to inject more emotion into his or her own artwork. When it comes to photographing people, he is not interested in the typical beautiful model—if you can say that, but he is interested in photographing people that are not considered the “norm” of our society; he finds them interesting and beautiful, and he is allowing artists to realize that there is more out in this world to paint, draw, or even photograph besides your typical pretty person.

More on this later.
Posted by Amanda Brunner at 8:30 PM 1 comment:

Witkin claims that the death of a little girl has played a small factor in his influence. At a young age, he witnessed a car accident where a little girl became decapitated. The head of the girl rolled to Witkin’s feet by the curb. Just as he was about to touch it, to speak to it, someone snatched it away.

Claiming to see a car accident when Witkin was a child would be pretty likely, but claiming to witness a car accident where he saw the head of a decapitated girl roll to his feet is pretty unlikely. Come on now. Think about it. In every online article, in every book, it talks about the car accident and how that plays an influence on his photography work. Is he just saying that to shock people, and to add to his mystery? There is only one person who will ever know the answer to that question, and that is the master himself.

Witkin, why don’t you come out of the closet already, okay? Tell us what really influenced you. I want to know.
Posted by Amanda Brunner at 8:20 PM 4 comments:

I did not really think about this until yesterday, but someone recently made me realize that there IS a slight connection between Witkin’s photography work and my own after all. Even if the connection only lasted one semester, it is still a connection. Spring semester 2010. I was taking Photo II: Alternative Processes with Wanda Pearcy. We were required to complete a cyanotype project based around 3 major components:

Before she went on and talked more about the components, I immediately knew what I wanted to accomplish for this project. Since high school, I never wanted to be in front of the camera. I hated my body image. To this day, I still do, but each day I lean more towards the self-acceptance stage, even though each day is a struggle. In high school, I became addicted to the idea of being behind the camera instead.

I never photographed myself before, and you would think as an artist, I would have, but I have not, up until the project. I am in awe of myself because I am still able to walk and be slightly active even though I am morbidly obese. I am also terrified of myself, because my obesity holds me back on so many levels, and I am also terrified for my own health.

We had to base our project around another photographer, so I picked Witkin because I was able to accomplish some tiny research about him, and I wanted the images to have a lasting effect on the viewer.

Before we took a nosedive into the project, I was required to present a power point presentation--in front of the entire class--with 10 (starter) photographs that I took for my project, 10 photographs of Witkin’s, and the connection between them. I did not know that I had the ability and strength to accomplish that, but I did. To stand in front of everyone, to show them images of myself not only nude, but also showing a powerless struggle of my own obesity battle, was an enlightening experience for me.

As the semester went on, so did the visual critiques, and with each passing critique, it became easier for me. For the final critique, everyone was able to view the completed work pinned on the wall. After viewing each other’s work, we then talked about how we felt. The connections that my classmates had when they looked at my images are similar to the emotional reactions that I have read from the general public about from looking at Witkin’s photography work.

Some of my classmates appreciated what I created, some classmates were horrified, and some were shocked. Some stated that it was very hard for them to look at my images because they thought of them as taboo. They grew up in households where nudity, bondage etc, were off limits, or was not talked about. Those classmates still looked at the images, even if they did not want to.

Why is it that humans avert their eyes when they are confronted with imagery that makes them uncomfortable, but yet they still look the second, third time etc, even if the images are not about death?

"Awareness of mortality is the dark side of self-consciousness, of not being a dumb animal. As far as we know, we are the only species that knows and understands the reality of death years before it happens. Some animals never seem to understand death, even as the predator pounces or the butcher’s blade is poised for the kill. Other of our animal siblings do seem to experience a kind of terror just prior to the mortal blow. We, on the other hand, are a species who must live with that furious terror within us, now simmering, now boiling, from that time in early childhood when we master the use of the linguistic first person until the day the death angel calls.”

According to Daniel Liechty, who wrote Reaction to Mortality: An Interdisciplinary Organizing Principle for the Human Sciences, we must be terrified of death. We never know when it is going to hit us in the face, and as humans we must live with knowing that death is hanging onto us like a backpack.

Why is it that humans are so terrified of death? We all know it is going to happen whether we like it or not. People would be more accepting of death when they realize that it is a part of life, but instead, we fear death because it is unexplained. We do not know where we are headed after death.

People have a natural instinct to look away at imagery that may contain nudity, violence, human sexuality, deformity, death etc, and Witkin combines all of that into one single image; no wonder the imagery speaks on so many different levels. “Those are subjects we fear, but are forced to live with everyday,” according to Erin Forstner who made a Livejournal comment on my online focus group. 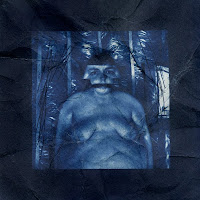 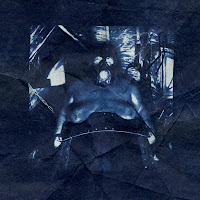 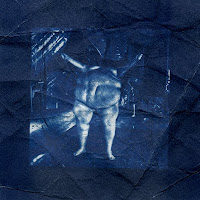 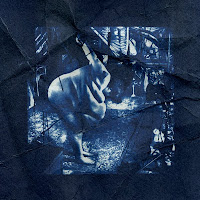 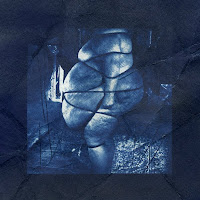